Home Investing What is a Bid Bond?
Investing

What is a Bid Bond?

When municipalities contract companies and craftspeople to complete projects, they need some level of guarantee that the work they’re paying for will get done accordingly. As they field bids from eager contractors, organizations might ask for a bid bond to protect themselves.

A bid bond is a type of surety bond that guarantees a payout pending certain stipulations. In the case of large-scale construction projects, the bond pays out if the contractor fails to honor their bid, doesn’t deliver within the agreed-upon parameters or simply doesn’t begin the project. These types of bonds are very common in commercial construction. Moreover, they are mandated for state and federal development projects.

Bid bonds are standard practice for most construction projects, and they’re broadly applicable any time there’s a project involving skilled contractors. Here’s a closer look at how they’re used, the protections they offer and the benefits of using them. 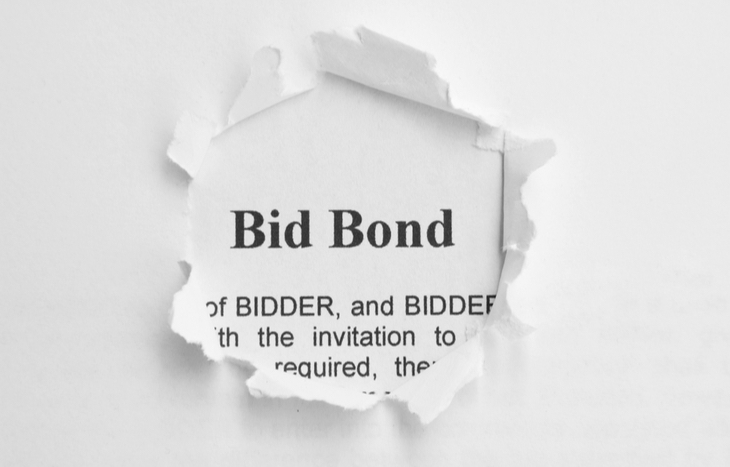 Breaking Down a Bid Bond

There are three parties involved in a bid bond: the obligee, the principal and the guarantor. All three work together to create a covenant of accountability before a project starts:

An Example of How Bid Bonds Work

To show the importance of a bid bond in practice, it’s best to look at a common example: construction. Large municipal construction projects use bid bonds as a form of surety, and the practice looks something like this:

The reason bid bonds are so prevalent in construction is due to the extremely high costs and timeline of these projects. Project owners pay construction companies as they go, instead of at the project’s culmination. Bid bonds offer them some protection against disruptions that may take place over the course of the project.

Bid bonds come with a few general stipulations that have become industry standards. Specifically, here’s what to expect in the event of most bid bonds:

Ultimately, a tendered bid with an accompanying bond represents a good-faith bid on a project. It provides project owners with some peace of mind that if you’re awarded the contract, you’ll follow through or they’ll receive compensation.

Agreement to Bond and Additional Bonds

Once a contractor wins a bid, there’s an Agreement to Bond. This is a notarized document with the bond company that stipulates the issuance of both a Performance Bond and Labor/Materials Bond. These bonds serve relatively the same purpose: to protect the project owner against default or overages.

Performance Bonds and Labor/Materials Bonds are secondary to bid bonds, representing the next level of surety after the project manager accepts a bid during the tender stage. The cost of a Performance Bond is usually very low. It’s usually less than 1% of the contract. Labor/Materials Bonds are even lower between 0.25% and 0.5% of the contract price.

How to Qualify for Bid Bonds

Based on these factors, guarantors will either accept or decline the request for a bond. If accepted, they’ll rate the premium (cost) of the bond based on the strength of the company.

The Basics of Financial Analysis