What a $15 Minimum Wage Could Do to Our Economy: Pros and Cons

The $15 minimum wage debate continues to reverberate across the country. Washington D.C. and New York City have already enacted a minimum wage of $15 per hour. And California is set to raise minimum wage to $15 per hour in January 2022. However, on the federal level, minimum wage has remained at $7.25 per hour since 2009.

Increasing the minimum wage was a regular topic for Joe Biden on the campaign trail. And it’s likely to remain a focus for progressive Democrats for the foreseeable future… or at least until legislation is passed. 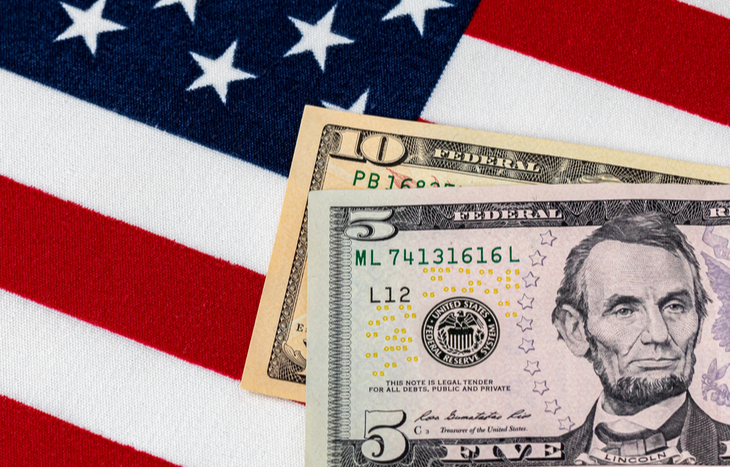 Most recently, minimum-wage workers failed to get a raise from the federal coronavirus relief bill. Both Republicans and moderate Democrats agreed to scrap Sen. Bernie Sanders’ amendment that would have established a $15 minimum wage. But again, this subject is far from settled.

“If any senator believes this is the last time they will cast a vote on whether or not to give a raise to 32 million Americans, they are sorely mistaken,” Sanders declared. “We’re going to keep bringing it up, and we’re going to get it done because it is what the American people demand and need.”

To that point, Senate Democrat Kyrsten Sinema of Arizona (who voted against the minimum wage amendment) later stated that she supports raising it. However, she felt that the topic warranted a stand-alone discussion… as opposed to including it in the coronavirus relief bill. According to Sinema…

Senators in both parties have shown support for raising the federal minimum wage and the Senate should hold an open debate and amendment process on raising the minimum wage, separate from the COVID-focused reconciliation bill.

Politics Aside: The Impact of a $15 Minimum Wage

The non-partisan Congressional Budget Office estimates that a $15 minimum wage would result in about 30 million Americans getting a pay raise. In addition, such a move would lead to nearly 1 million people being raised out of poverty.

It’s not all good news though. Phasing in a $15 minimum wage would increase the budget deficit by $54 billion over a 10-year period. Higher wages would result in higher prices for goods and services that would lead to increases in federal spending. The increased wages could also lead to increased spending for unemployment compensation… If someone loses their job at $15 an hour, it costs a lot more to pay unemployment than someone losing their job at $7.25.

Additionally, increasing the minimum wage would likely result in 1.4 million job cuts. Some companies would have to pare back their workforce in order to cover the increased labor costs.

All things being equal though, the cumulative effect of a $15 minimum wage would lead to a net increase in labor cost of $333 billion over 10 years. That’s $333 billion more going into the economy, a figure that far outweighs the budget deficit increase.

The official breakdown, according to the CBO, is that higher pay would lead to roughly $509 billion in higher wages. This would be offset by lower pay (to the tune of $175 billion) for those lost jobs.

At least part of what this debate boils down to is whether or not spending $54 billion over 10 years is worth increasing the spending power of Americans by $333 billion.

By Comparison… How the U.S. Stacks Up

By the following year, things quickly got worse for minimum wage workers in the U.S. Minimum wages when measured as a share of average wages amounted to only 22%.

In the years since the OECD’s analysis, the U.S. minimum wage has only lost steam due to inflation. Looking back to 1968, the minimum wage was $1.60. Using the Bureau of Labor Statistic’s inflation calculator, that $1.60 had the purchasing power of $12.27 in today’s dollars. As a reminder, the actual federal minimum wage is $7.25. So whether a $15 minimum wage is the magic number or not, there is clearly some ground to make up.

The Drawback of Increasing the Minimum Wage

Pushing forward a $15 minimum wage would undoubtedly hurt some small businesses and make it harder to get by. But big businesses could take a hit too. In an old interview with CNBC, the vice president of White Castle said that a $15 minimum wage would force the company to close nearly half of its locations. That would result in the loss of thousands of jobs, he said.

It also wasn’t long ago that increases in minimum wage led Walmart (NYSE: WMT) to close several stores. Additionally, wage increases led to the company canceling stores set to open in the future.

Regardless, it’s doubtful you’ll find many Americans outside of the Walton family who will feel bad about Walmart’s inability to expand. However, location is another big factor when considering the impact of a $15 minimum wage…

Doubling the minimum wage could be disastrous for small communities. Areas where the cost of living is the lowest would have to spend a disproportionately higher percentage of proceeds to pay workers compared with more well-to-do states.

In places like Louisiana, Mississippi and New Mexico, where poverty rates are above 18%, it would be extremely difficult to pass along the increased cost of goods and services to others because customers simply wouldn’t be able to afford them.

Then there are the children to think about…

Workers between the age of 16 and 24 make up nearly half of those earning minimum wage. But a sharp increase in the minimum wage could have a detrimental impact on this demographic’s employability. Some companies have an unwillingness to pay young, inexperienced workers an increased wage… especially if they can get away with bringing in a more experienced workforce.

After the minimum wage was increased in 2009, the teenage employment index fell 8% in just three months. And so, concluded University of Chicago economics professor Casey B. Mulligan, the minimum wage increase significantly increased teenage unemployment.

The Bottom Line on a $15 Minimum Wage

There are pros. And there are cons. Instituting a $15 minimum wage could be beneficial in some areas of the country but damning for others. However, the markets have been slowly making moves to self-regulate. Walmart has lifted its starting wage to $11… almost on par with those 1968 figures shared above.

Meanwhile, Amazon (Nasdaq: AMZN) and Target (NYSE: TGT) have already increased their starting wages to $15. Is it possible the job market could police itself? That’s up to you to decide.

If you’d like to stay up to date on the $15 minimum wage conversation while learning about the latest investment opportunities, we suggest signing up for our free Investment U e-letter below.

The Man With a Dream… Who Shared It With the World